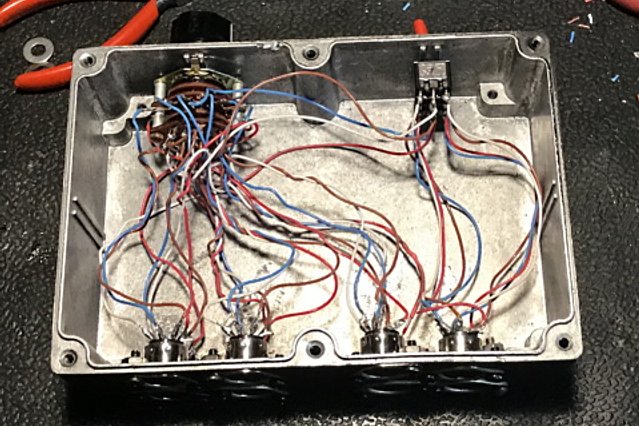 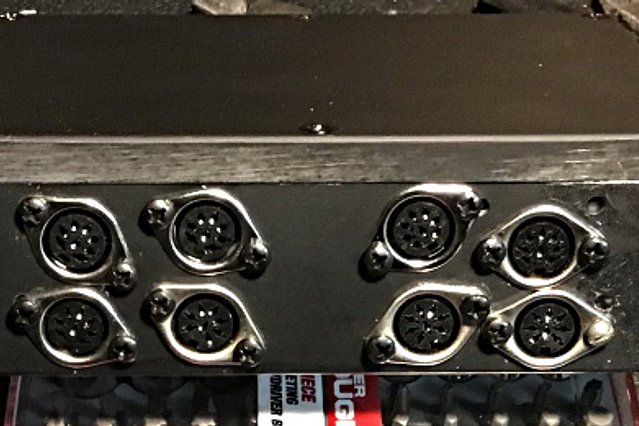 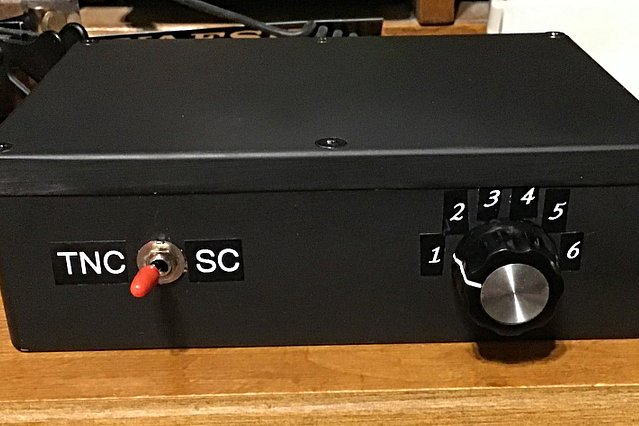 Being quite an enthusiast of the digital modes and having several rigs available to enjoy, it has always been a "hassle" to swap wires around when changing radios. One way to "mitigate" this was to have multiple sound card interfaces, each dedicated to a specific radio. At present I have six radios that are setup for use and the antenna(s) are switched between them using a simple antenna switch, a B&W, six position "Protax". I have been using multiple sound card interfaces for years and I am a BIG fan of the Tigertronics SignaLink USB interface. I'm not going to "sales pitch" the SignaLink here but suffice it to say,   I have tried several sound card interfaces over the past several years, including those "built into" several radios. In 'my' experience, the SignaLink is hard to beat. I have been running 8, count 'em EIGHT, of them for many years and have yet to have the slightest problem/issue with ANY of them. That includes portable use as well.

I also run Pactor and a few months ago, thanks to John, WQ6N, I got a great deal on an SCS PTC-IIPro TNC. It includes the P3 license and it looks brand new! Changing radios for sound card operations was 'no big deal' being each radio had its OWN SignaLink, however, changing rigs to run Pactor was a different matter. I thought about getting a TNC for each radio (for about 5 seconds!!) then decided I didn't want to spend around four to eight THOUSAND dollars, just to save the (whine, whine) "trouble" of swapping wires around each time I desired to use a different radio.

The "solution": I did 'some' research, looking for a "switchbox" that would allow me to, not only switch radios, but to switch the sound card/TNC as well. I couldn't find any 'animal' that would do that! SO.... out comes the soldering iron, wires, switches and a BUNCH of connectors. BTW, a big "shout out" to Elliot's Electronics up in Tucson. Elliot's is a GREAT outfit, reminiscent of my days back in the early sixties when you could go to a "brick and mortar" store and buy electronic "pieces parts". The result is what I have dubbed, "The Rig Chaser". I snapped some pictures of it before I boxed it up. A few people have commented how "clever" this is, however, all it really is is simply a bunch of wires, switches, etc which will allow, with the flip of a couple of switches, changing of radios AND also to different "input" devices, in my case, a sound card and a TNC. This, of course, eliminates the need for more than ONE Signalink!

One note: It is certainly possible to 'monitor' for incoming connect requests in, virtually, ANY mode. I have some ham friends who use Pactor, some use Packet and, recently, several of them use VARA (a GREAT mode!). In order to accept connects on Pactor AND a sound card mode "simultaneously" I have kept two 'extra' SignaLinks which are 'dedicated' to two of the radios, the Orion II and the Icom 7000 (those two rigs allow for two, separate, I/O ports for digital operation). At least I am 'down' to only three SignaLinks now. Hey, I'm trying to "cut back"!

So.... there's the "dissertation" on the origin of "The Rig Chaser" and here are some pictures. Yeah, the inside looks like a rat's nest, but, ain't the outside (thanks to help of my "better half") neat?  Enjoy!